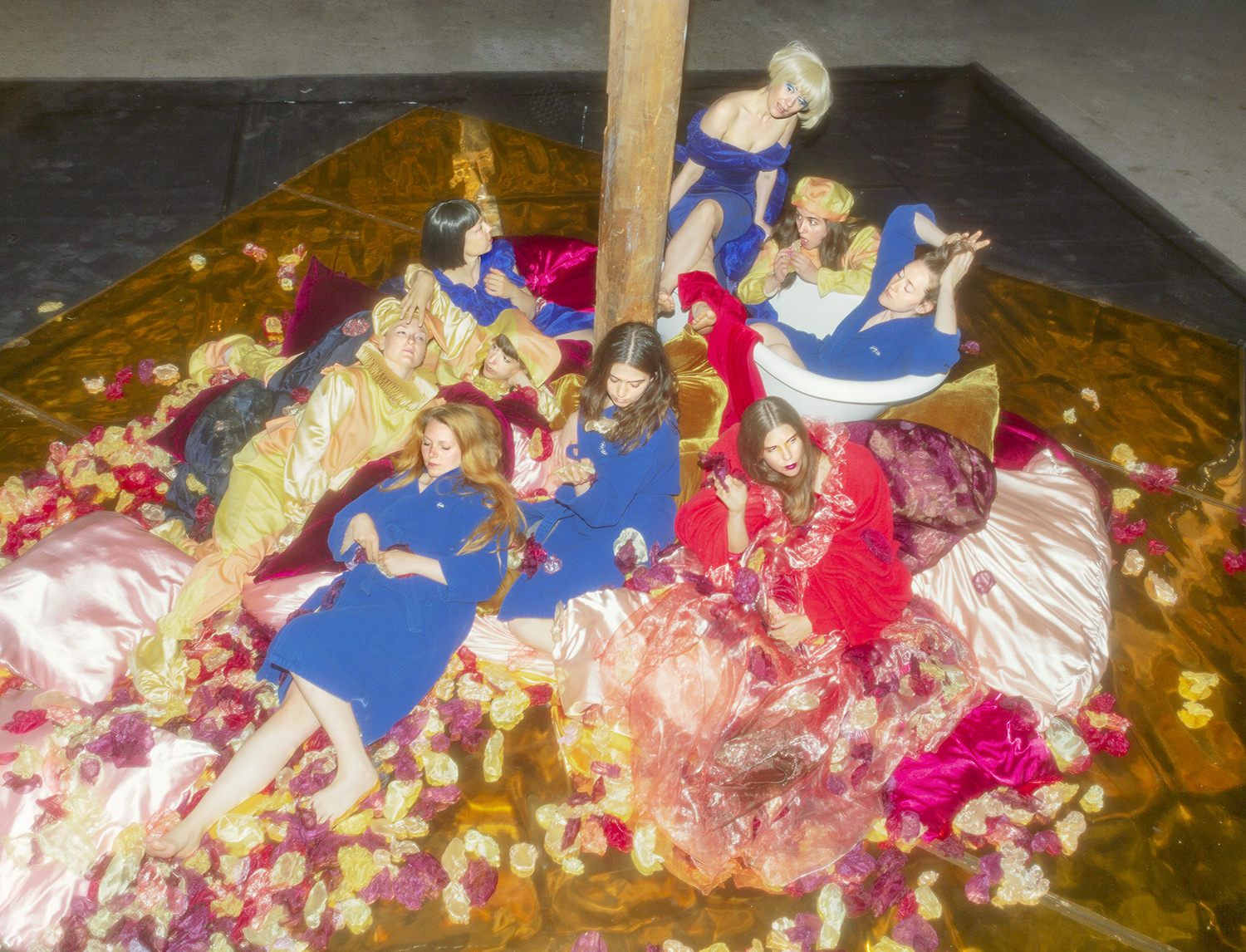 Harlequin-novels marked their 40th anniversary in Scandinavia recently. This hilarious and provocative performance, inspired by Harlequins, questions the ways in which we understand romantic love.

Are Harlequin Novels pointless or is there a way to examine the genre with genuine and serious interest? Is it possible to find answers in these novels to the dilemmas faced by modern, hetero normative, monogamous couples?

The performance premiered in June 2019 at Hangö Teaterträff -festival in Finland. The performance received excellent reviews and won the annual Antonia-prize at the festival. The prize is given every year to a performance that celebrates artistic courage and diversity. The jury stated that Harlequin celebrates diversity in all the possible ways; in its content, form, performers, and producers. Harlequin will tour Nordic countries during the 2020-2021 season.

Blaue Frau is a Finnish-Swedish performance duo that has rebelled against prevailing gender norms in theatre and performance since its founding in 2005. In Harlequin, Nina Matthis joins Blaue Frau as reinforcement.

The Swedish performers Amanda, Nadja, and Lisen from the ÖFA-collective have worked together since 2006. As a group, they have evolved into a strong, recurrent point in the cultural life of Sweden and have gained an international audience.

The performance is kindly supported by KOHTA art space.