Karolina Kucia: The Story of Leaving 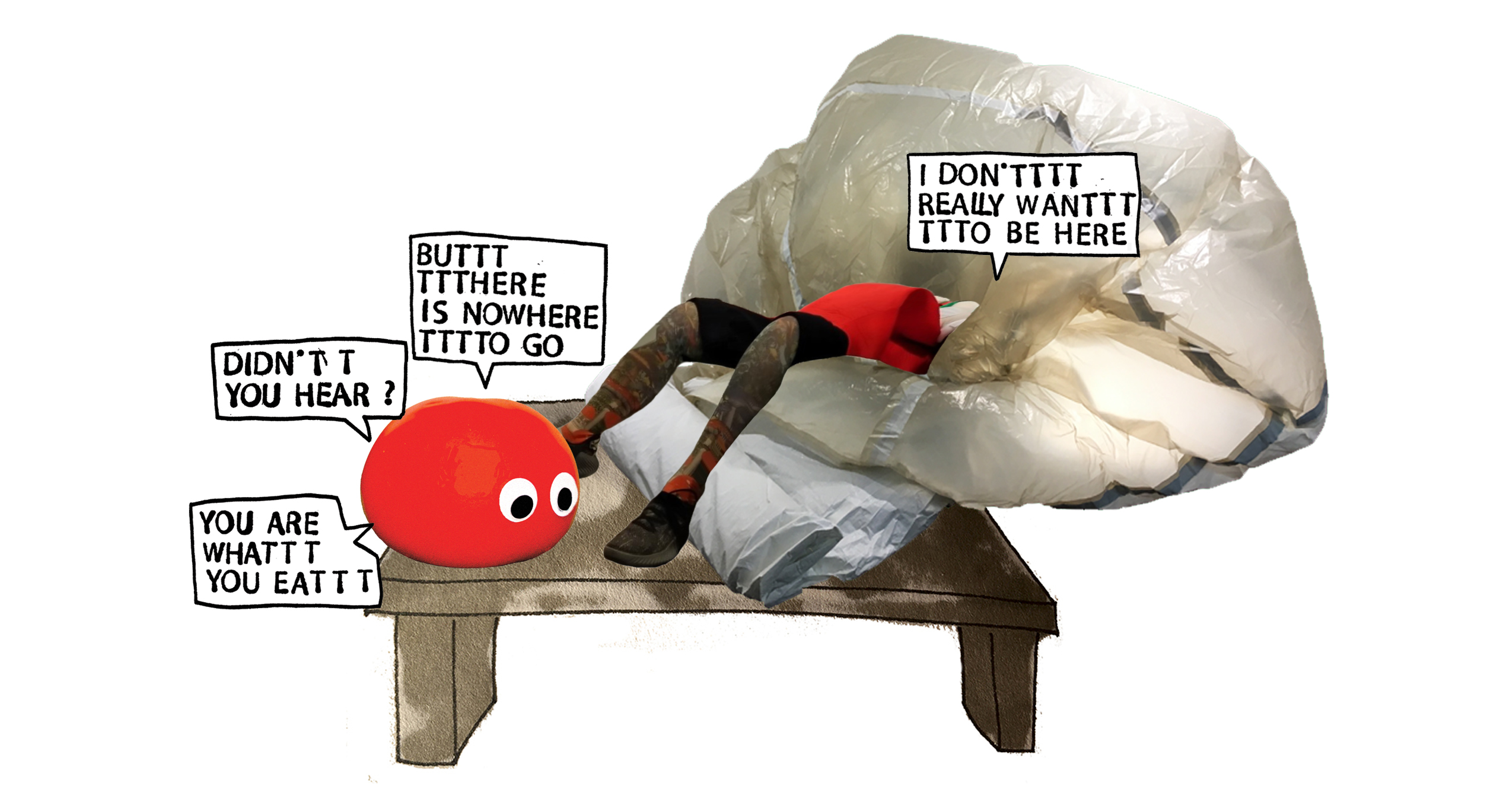 The performance is based on mass vegetable production in Southern Europe and its relationship to Central/Northern Europe and Northern Africa. The performance portrays three interrelated forms of production, three collectivities at work: the "sea of plastic" - a greenhouse area in Almeria, in Spain; "Exodus" the nearby film set in Spanish Hollywood; and then finally this performance itself "the story of leaving" in Mad House Helsinki.
Tomatoes, the only ones who can travel through all the places, tell the story. The narrative and characters of the performance are monstrously blown up, parasitically interconnected, real yet fabricated. They grow out of a collection of stories of inadequacy, unease and hypocrisy in labor structure and stories of migrating.

Coauthorship of the video image - Tero Nauha, contribution to the text - Spitou Mendy – spokesman for SOC-SAT Almeria, members of SOC-SAT Nijar, Airi Triisberg, fragments from “Enduring Innocence” by Keller Easterling’s, Paolo Virno’s various writings on exodus, An Paenhuysen talk in Goethe Institut, Helsinki and then also: Age & Scarpelli / Luciano Vincenzoni / Sergio Leone (script for “The Good, The Bad and the Ugly”) and either Adam Cooper or Bill Collage or Jeffrey Caine or Steven Zaillian (script for “Exodus, Gods and Kings”).

Karolina Kucia is a multidisciplinary artist, based in Helsinki. She combines theoretical and practical approach in her artistic work with objects, group processes and performance.