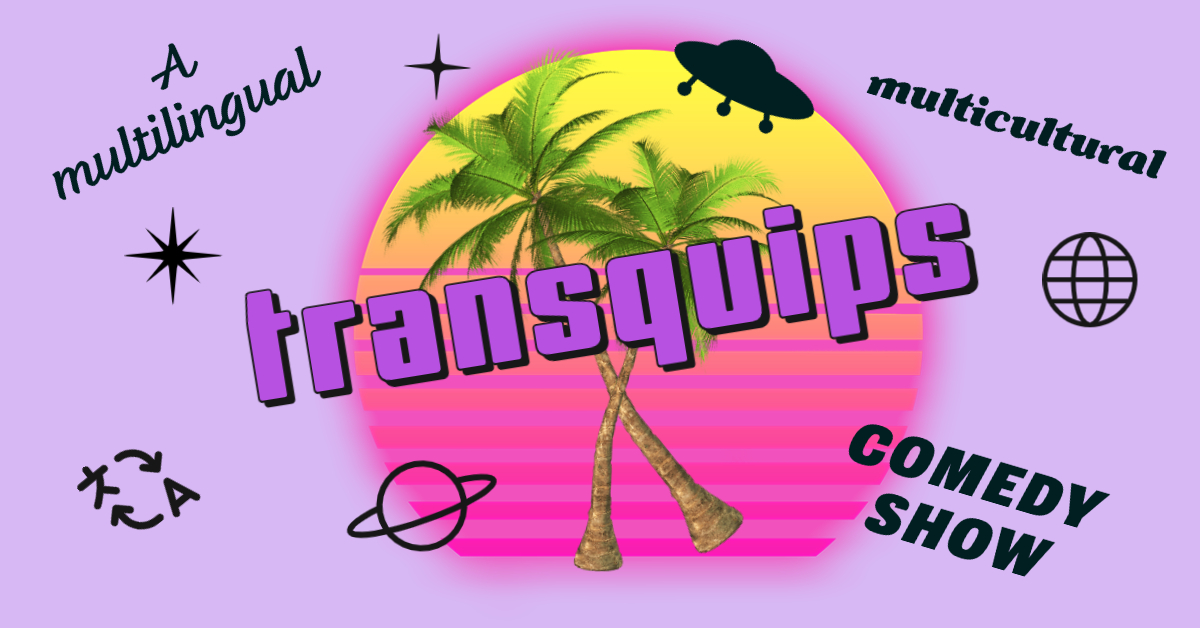 Can humor establish a dialogue between different cultures and languages?
Is it actually possible to translate comedy?

To find out, we have Transquips, a multicultural and multilingual comedy show!

Using humor as an unbiased and inclusive platform, Transquips invites people to deliver a comedic performance in different languages, with a real-time translation.

This project has been previously presented at Titanik gallery in Turku, ISCP New York, Taidekirppis in Helsinki, and online through www.transquips.net