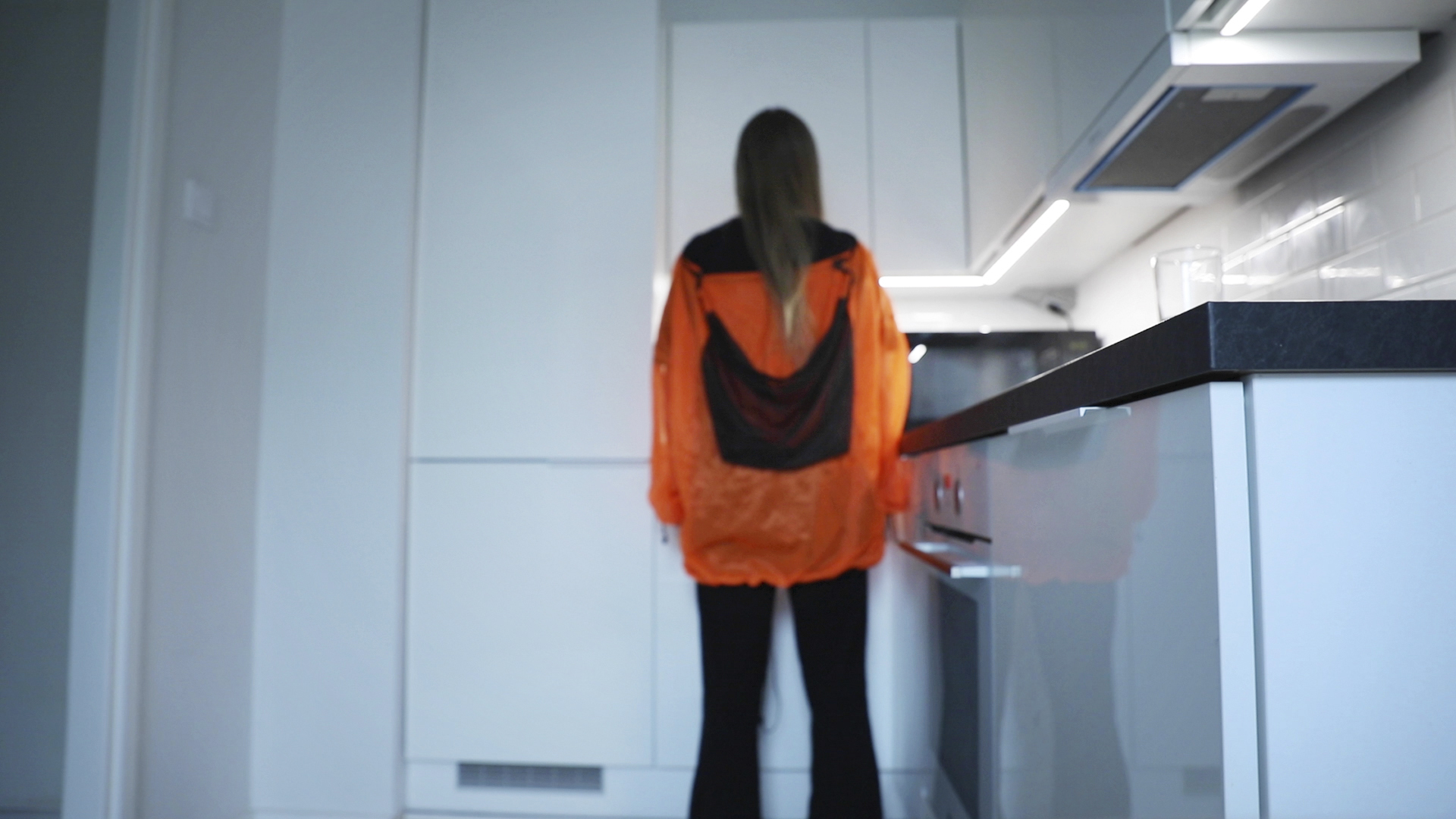 AU is a speech performance about the norms of living, weakness and fantasy.

Vappu Jalonen is an artist and writer. Her pieces take place in the intersections between visual arts, performance art, literature and research. They often deal with power and knowledge production, zooming in on bodies and everyday objects, situations and words.