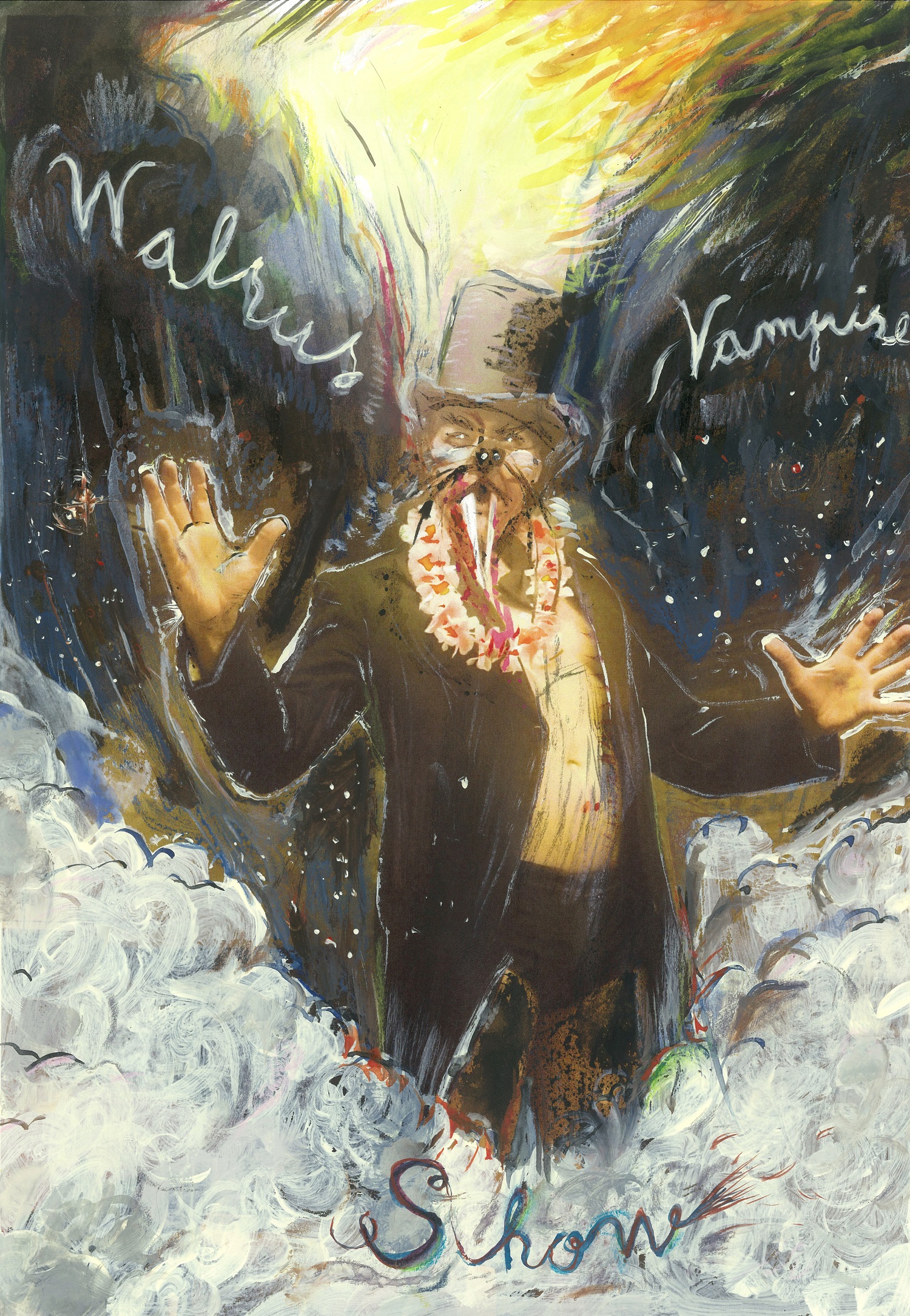 NOTE! The Performance is postponed due to the travel restrictions caused by COVID-19 pandemic. New dates TBA!

On the verge of absolute extinction, the presumably agender Vampire Walrus has been forced to leave the melting icecaps of the North Pole, and now supports itself as a performance artist in Central Europe. Vampire Walrus instructs people in the wonders of humanity. Amidst drinking blood and fits of possession the audience are taught, for example, recent European history, and basic tricks of the artist’s trade.

The performance combines different genres of living art; contemporary theatre, standup comedy, Butoh dance, slapstick comedy, performance art, and storytelling create a macabre and surprising mixture. The performance adopts an anarchistic and ironic stance to various phenomena of our time, and a multifaceted and physical mode of performing.

Pasi Mäkelä (b. 1975) is a Finnish performance artist and musician living in Prague. In addition to Finland and the Czech Republic, he has worked in Austria and Germany, and his performances have toured, among others, in Russia, the US, France, Georgia, and Slovakia. His previous solo performances are Uuno Turhabuto (2004-08) and Tonttu (2012-17). He is a founding member of the Sabotanic Garden.