The Center for Everything (FI): Constitutive Meeting of The AI Party 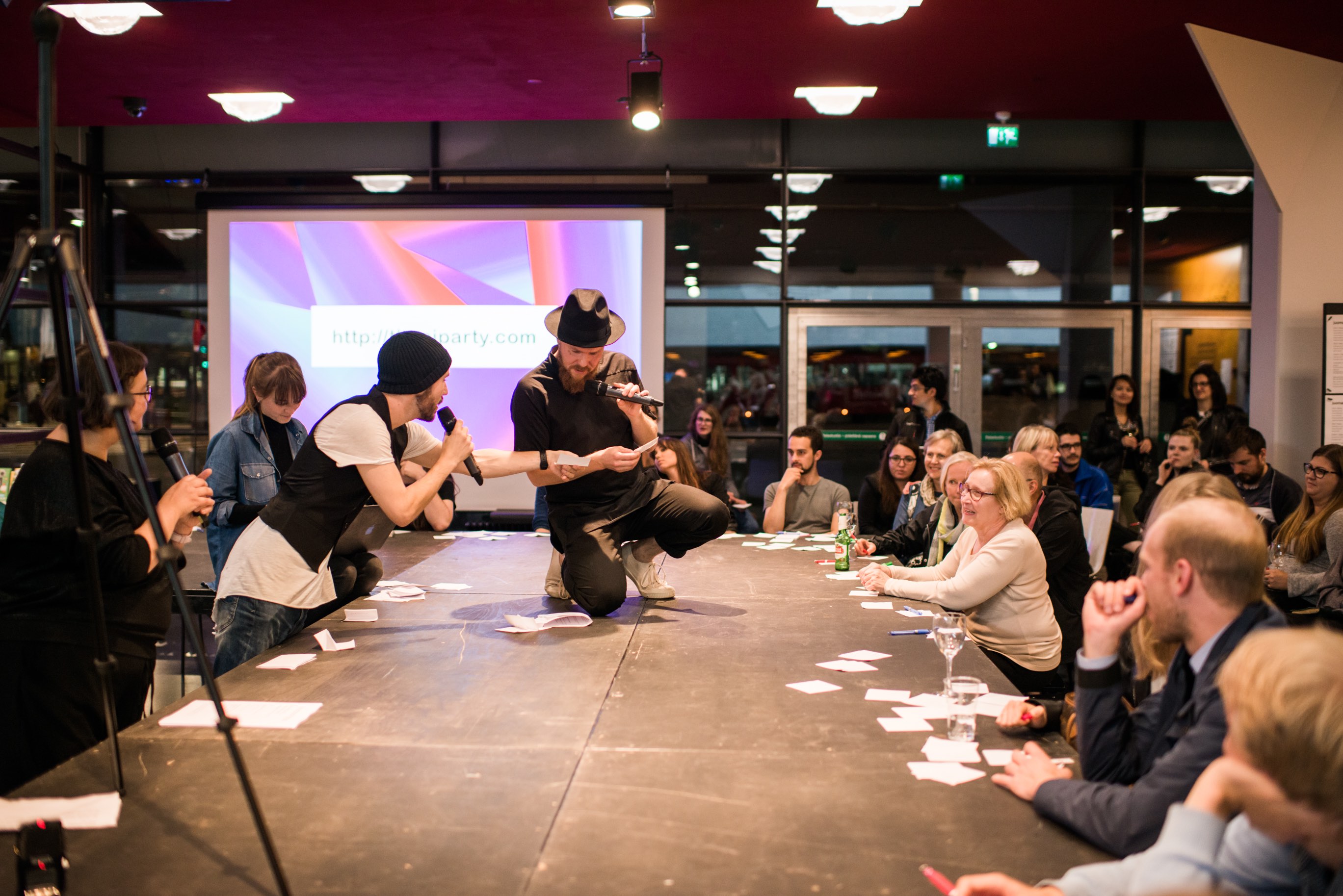 ”Whoever becomes the leader in this sphere will become the ruler of the world.”
Vladimir Putin (speaking about AI to schoolchildren)

We are living through a global, political, and environmental crisis of unknown proportions and destinations. Our human capacity for governance has demonstrated a long history of failure. With THE AI PARTY initiative we have a chance to formulate and test new approaches to the challenges we face by asking the question: Is it time to give another kind of intelligence the opportunity to do it better?

THE AI PARTY establishes a new political party led by an artificial intelligence. Bringing together artists, performance-makers, and AI researchers the initiative will focus on the legal formation of an actual political party in preparation for a series of online and public events. THE AI PARTY is both a large-scale performance and the start of a new political movement. The realization at Mad House is the official constitution of the Finnish AI Party.

The Constitutive Meeting gathers together the best rides and games of the political playground.

Fri 2.3. at 10pm The AI Party Party free with the ticket of the Constitutive Meeting, otherwise 5 €
DJ Sansibar
DJ Nunchux

You can take part in all performances and the club both in English and in Finnish.