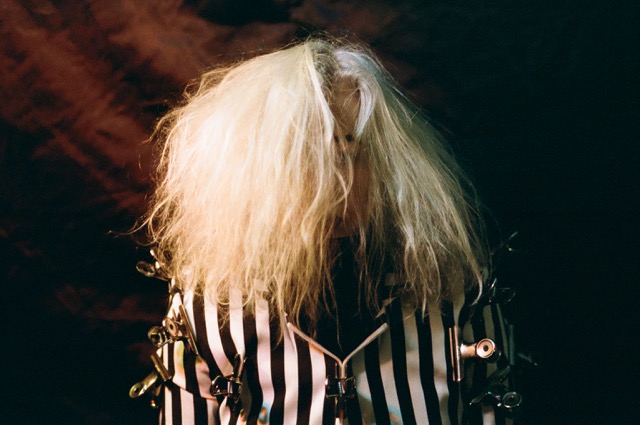 Even though the 5th of March is a Saturday, it is still a Performance Art Friday! At the Binary Night performance art club, artists David Frankovich, Tellervo Kalleinen and Irma Optimist approach binaries from the perspectives of mathematics, bisexuality, and binary oppositions as well as political polarisation. Between and after the performances, DJs Ville Häkkinen and Jouko Korkeasaari will play mixed music ”Between Genesis and sixsixsix”.

Performance artist and mathematician Irma Optimist examines binaries in mathematics. Binary is the simplest possible numeral system, which has two base numbers, 0 and 1. A bit as a binary digit is in use in all information and digital technology. A bit can exist in the mode of 0 or 1, because electrical phenomena have two modes, which exclude each other. This excluding nature has offered a metaphorical expression also for wider thinking: binary oppositions describe the bipolar polarisations of different classifications.

The work of performance and media artist David Frankovich is motivated by bisexual invisibility and erasure. David has attempted to approach this problem positively by reclaiming this absence as a site of possibility and the basis of a queer performance strategy, using simple materials and actions in order to precipitate the emergence of a queer excess.

Juxtapositions like binary oppositions are constantly growing stronger in societal and political discussions and people are divided based on their opinions. The performance of contemporary artist Tellervo Kalleinen reflects polarization of opinions.