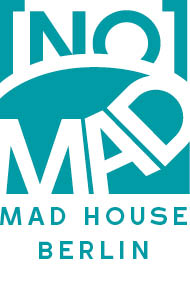 WORKSHOP UNTRANSLATABLE WORDS
No matter where we come from and what is our native language – when creating a show for international audiences, performers tend to present their work in English – and in one of poor quality. It goes without saying that non- verbal pieces are easier to tour with, whereas verbal pieces require translation. In order to avoid the effort and cost of translation, these artists tend to perform in English from the very start in order to reach out to a broader audience – no doubt a clever choice. This English as a second language which is used by non-native English speakers has been termed Globish. Whether intentional or not, Globish has become part of our creative process and part of the piece. But what really happens when we THINK and CREATE in GLOBISH without the awareness of doing so? I believe that by leaving our culture and language behind, performers give up part of their unique voice. In this lab, Untranslatable Words are used as a catalyst to reach out for unique culturally- dependent concepts and regain this voice.

INFO: This workshop is the first of its kind and is therefore structured as an experimental laboratory. It will offer an insight to the different ways in which the participants are approaching the issue of language in the creation process in the world today. Participants are asked to come up with one word in their mother tongue that has such a unique cultural context that it does not have an equivalent meaning in other languages. Participants are invited to bring an object, photo, poem, or drawing that supports this word visually and assist in clarifying its meaning and context (though this is not compulsory). We will than examine examples for such Untranslatable terms in their cross-linguistic and cross-cultural complexities in the context of performance.

Dovrat Meron is a performer, artistic director and cultural project manager. She was co-founder and curator at the ScalaMata Exhibition Space in Venice (2006-2009) and organiser of the Memory space site-specific performance series at 10 different locations at the 53rd Art Biennale in Venice (2009). She holds a BA in Theatre Teaching, Theatre Direction and Production, and is a certified acting teacher. Meron also has a BA in theatre and interdisciplinary studies (film and music) from Israel, as well as an MA in Space Strategies (Art in Public Spaces) at KHB, Berlin Germany. She wrote her dissertation on the Curatorial approach to site-specific performance, intervention and participatory art in the public realm. Meron was awarded the Martha Pansani (1997-1999) and ELES (2010-2012) scholarship. www.dovratmeron.com

SCHWESTERN (SISTERS) by Volumen Express  The lecture performance Schwestern (Sisters)
explores the relationship of the performers to their sisters and their systems of belief: Moran’s sister decided to live in an ultra-orthodox settlement in the West Bank, and Veronika’s sister moved from a small town in Germany to India as a Hare Krishna devotee. Within a structured dialogue, the audience is introduced to the partly absurd routines and daily lives of the ‘absent sisters’ by the performers, who create a maze of cultural choices, corporeal perceptions, and gender roles. How far are we from our sisters? How can we still relate to one another when religion creates literal walls?

Veronika Bökelmann born 1978 in Tübingen, Germany, is currently based in Berlin. Her works explore the threshold between performance and media installations, and have been shown in frameworks such as Moscow Biennale, Sophiensaele Berlin or Black Box Oslo. She studied Performance Studies at New York University and at the Norwegian Theater Academy. She works at the Department for Fine Arts / Architecture at the TU Berlin and has been teaching at KhiO Oslo and other academies. veronikabokelmann.blogspot.de
Moran Sanderovich born 1980 in Rehovot, Israel, studied at the School of Visual Theatre, Jerusalem, and is currently based in Berlin. Moran uses sculpture, performance, video and drawings to express the human body and how it is perceived. She creates modern, mythological, alternative bodies using silicon, organic materials and found objects. Her works have been shown internationally. moran.sanderovich.com
VOLUMEN EXPRESS and friends has been founded in Oslo by the theatre artists Veronika Bökelmann (Germany) and Séverine Urwyler (Switzerland). VOLUMEN EXPRESS explores the borderline of theater, installation and visual art. Most works investigate documentary subjects.

RITOURNELLE by Anaïs Heraud
Ritournelle is at first a musical concept close to the idea of refrain. It refers to a repetitive phrase that grows gradually, resulting in new dimensions. Ritournelles are often found in children’s songs, advertisements or political slogans in demonstrations, among others. Its principles avoid traditional storytelling and emphasize on action. I adapt the concept of Ritournelle to compose solo performances and collaborations with Till Baumann investigating the specific dimension of voice and orality in the building of live images.

Anaïs Heraud focused on painting and performance during her studies in Nancy and Brussels. Her work examines the dimensions of sound, language and voice in relation to image and space (Ritournelle Performances, 2015), as well as the relationship between voice and body within the context of social and political activism (Pulsión – Presión – Compulsion – Attaque, 2013-2014). In her work A Space made for Giants (2014) together with Till Baumann, Héraud explores the concepts of the body inscribed within socialist architecture and these inherent questions of visibility and invisibility. Dealing with Normative Gaze Collective, an international interdisciplinary performance collective that Héraud co-initiated with Katie Lee Dunbar, explores the gendered perception of performance art as well as its reception. She is also active in the educational field working in school, non profit organization, prison.

FROM BARK TIL TAIL by Juha Valkeapää
is a half-an-hour long vocal performance of someone in cage, the cage being in his head.

Juha Valkeapää is a vocal and performance artist, using his voice as his main tool. Since 1993, he has made seven hundred performances of one hundred and fourty different works in twenty-seven countries, solos and various group works, vocal & sound & performance art, theatre, music, dance. Plus sound installations, soundscapes and compositions for exhibitions, radio, theatre and dance performances. He is based in Helsinki, Finland. From 2013-2017, Valkeapää is working with the big help of a 5-year grant allocated by the National Council for Theatre. www.juhavalkeapaa.net

MOMENTS & DECISIONS by Gnab Collective
Gnab Collective presents in a short film screening two works dealing with decision making. A Piece of Hamlet is a film about the feelings and thoughts we deal with when we are faced with a big decision. It is the attempt to analyse the moment before a decision. It is also a documentation of some sorts of Gnab Collective's performance Hamlet private and an art work in its own right. The film was shot in Hanko, in Berlin, the Danish countryside and Helsinki in 2013.

In the second film Reverie the decisions have been made long ago. Reverie is a state of being pleasantly lost in one's thoughts. The film is looking for colours and tones that capture something of what we might feel when we look back on our lives - lives which are a series of decisions, and yet so much more than the sum of their outcome. The film was made in Helsinki in 2015-2016.

Gnab Collective was founded in 2009 during the making of the performance BANG! In A Piece of Hamlet and Reverie Gnab Collective worked for the first time with video and film. The collective is composed by different artists depending on each project, Martina Marti is the driving force behind the collective.

Martina Marti is a founding member of Gnab Collective and the leading figure behind the group. She is a director, performer and producer and also works as a translator of plays. She studied Drama and Theatre Studies in Canterbury and Paris and did an MBA with a focus on Arts Management. After her studies, she worked as a festival programmer and dramaturg in Germany and as an international project manager particularly in the field of cultural mobility. She has lived in Helsinki since 2006 and created several artistic projects in Finland. Her first work as a director in Finland was the monologue 7/1 Brothers based on Aleksis Kivi’s novel in 2008. The performance was invited to the Tampere Theatre Festival and the Stage Festival in Helsinki. www.gnab.fi

SOUP CAFÉ by Niina Lehtonen Braun
Niina Lehtoinen Braun was raised in Helsinki, now based in Berlin, the Finnish artist is graduate of Painting and Multimedia at her former hometown’s Academy of Fine Arts. Switching between installation art, painting and performance Niina Lehtonen Braun draws on a rich palette of multi-disciplinary inspiration and experience. In her work, Niina Lehtonen Braun visualises the complex and very personal realm of human relations, the interaction of gender and identity while allowing space for the complex range of emotions between next of kin.