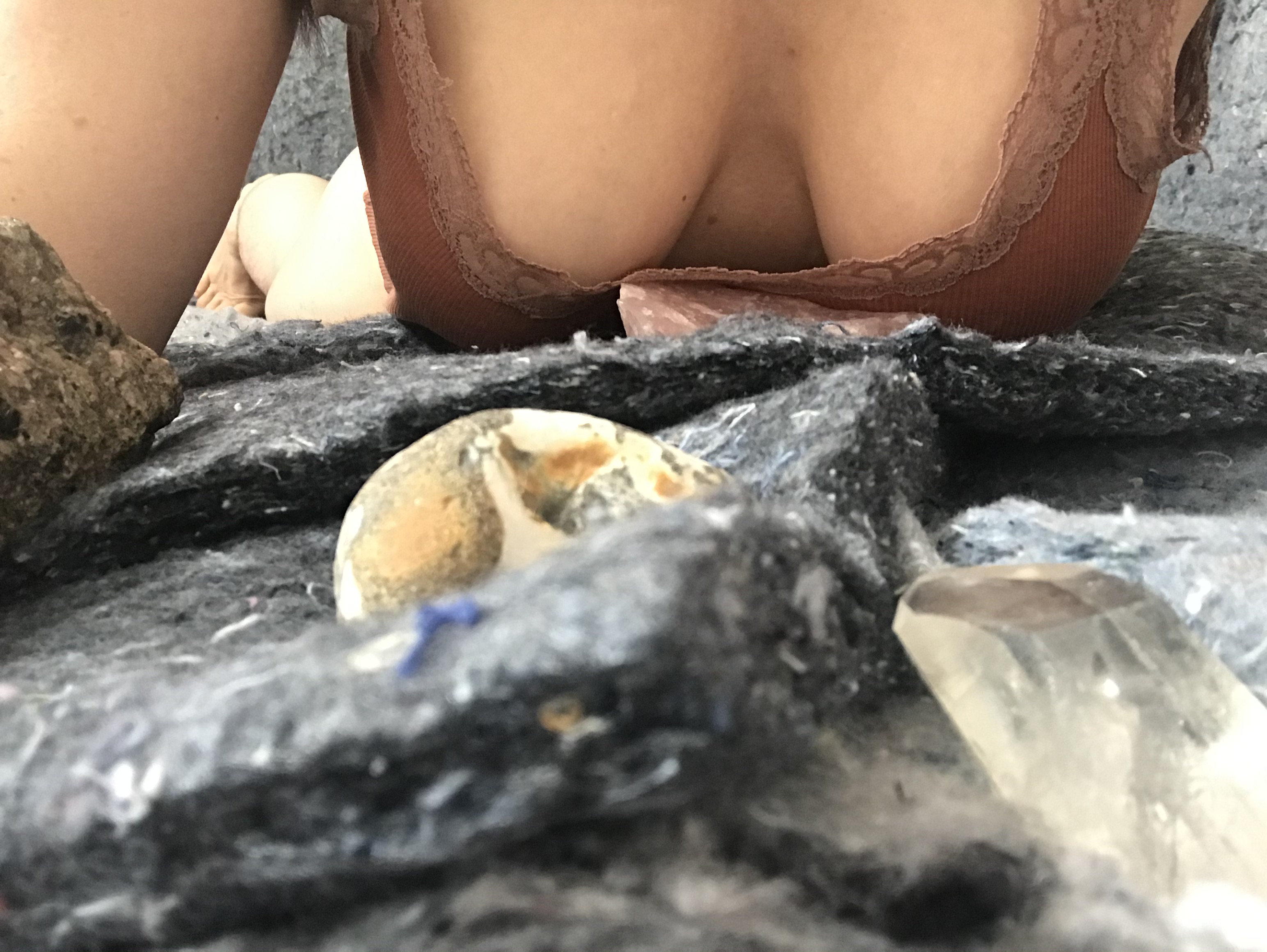 These 3 films all deal with the raw early stages of loss and heartbreak within the lock downs of 2020. They connect with the odd ways of placing sensation/feeling states into objects to accompany and cope with the viscera of grief.

Crystals is a single shot close up of breasts moving rocks, crystals, and pebbles in an awkward attempt to bring the objects together.

Inventory is an overhead shot, close-up frame on a hand scribbling out/deleting the words of a text whilst the text is read out. Almost like a love letter but an emotional inventory of memories of objects, architecture, and space recalled in the fresh and early weeks of loss.

Ferocious Match was shot spontaneously in a storm with a Willow tree. The tumultuous nature of the storm meeting an internal state of being. The tempest, the trees, companions to all the loss.

This triptych forms a narrative of emptying, expelling and filling of heartbreak with the companionship of events and objects that meet the intensity of feeling and aid us in recovery.

*
Florence Peake is a London-based artist who has been making works since 1995. Peake makes solo and group performance works intertwined with an extensive visual art practice, and is known for an approach which is at once sensual and witty, expressive and rigorous, political and intimate. Peake's works explore notions of materiality and physicality. The body as site and vehicle of protest that encompasses energetic states of being, the erotic and the sensual for queering of materiality. The subjective and imagined body as a force equal to our objective flesh bound world. By encouraging chaotic relationships between the body and material, she creates radical and outlandish performances, creating temporary alliances and micro-communities within the audience.