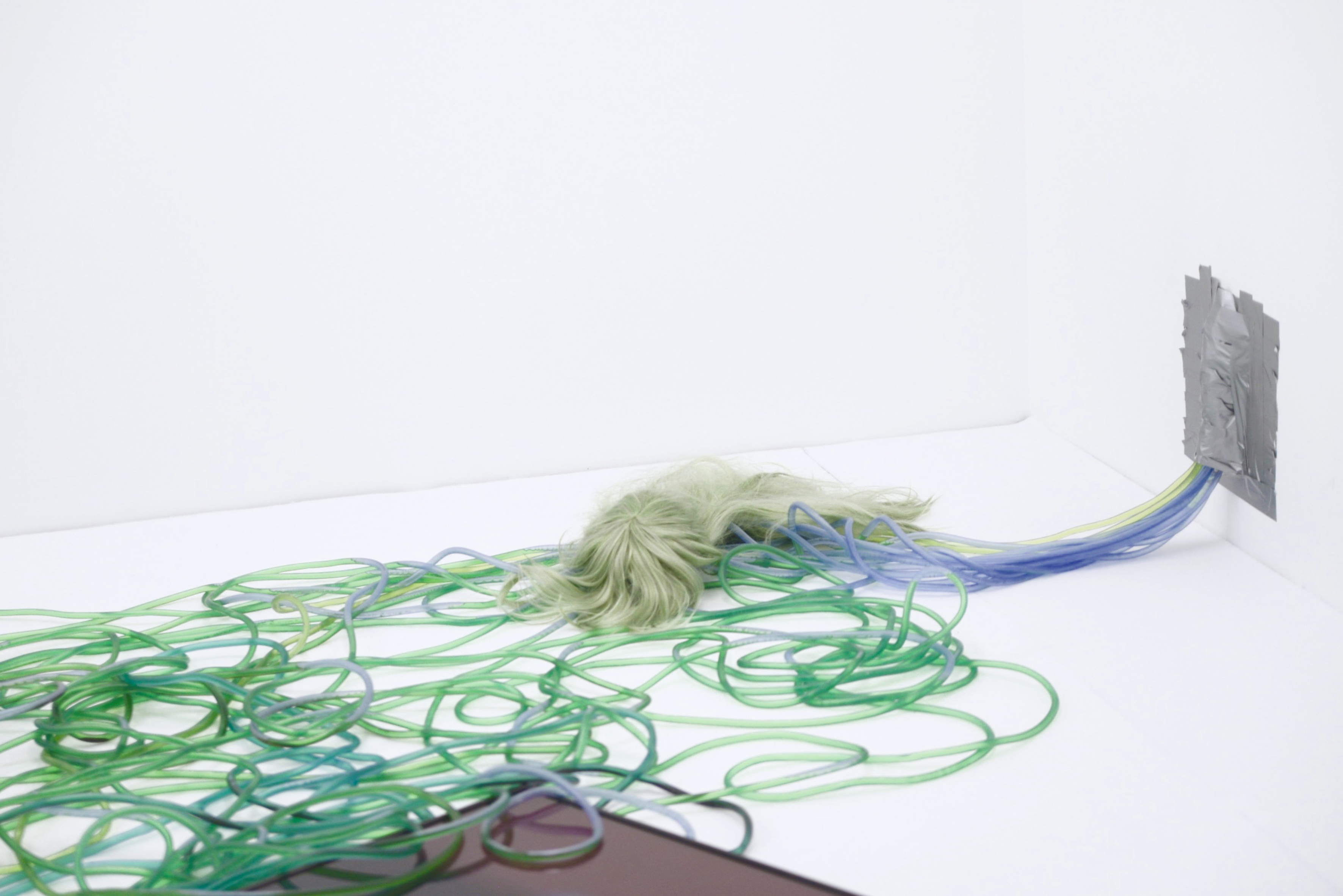 ri:vr [astrotrilogia 2] is a performed installation that is created by artist Simo Kellokumpu in co-operation with artists Vincent Roumagnac and Nao Yazawa. ri:vr emerges at the intersection of queer-ed spaces/bodies and interplanetary culture. The project is part of choreographer Simo Kellokumpu's corpus of works on what he calls astroembodied choreostructions; a series of choreographic works in which he examines the questions of corporeality and embodiment beyond the human spatial scale, towards, and in, an intergalactic dimension.

In dialogue with contemporary science fiction, game art, queer theory, and monstrology, the process is also informed by its geographic and cultural context of creation, that of a two-month residence on the banks of the river Seine at the Cité International Arts of Paris in 2019. The piece emerges through the entanglement of planetary movements, torrential satellite-bound data flow, and cellular becomings conditioned by algorithmic wire-speed.

The performance seeks to present an altered body as an incoherent place produced by the collision of various streams, fluxes and flows in presence: those aquatic and glaucous along a river nearby, those running through the surrounding and incorporated electrical and algorithmic systems, and those, tentacular and apotropaic, ancient and reminiscent, of a weirdly revisited myth of a monster with living venomous snakes in place of hair. ri:vr is the second part of the Astrotrilogy project. The first episode pompom was made and shown in Tokyo in 2017 and 2018, and the third part is in-process. The ri:vr project is supported by Arts Promotion Centre Finland and l’Institut Finlandais (Paris).

Simo Kellokumpu is a choreographer and researcher based in Helsinki. Simo's artistic work examines the choreographic relations between corporeality and materiality in different scales and contexts. Vincent Roumagnac is a Helsinki-based French Basque artist and researcher. Nao Yazawa is a Japanese Manga artist born and based in Tokyo.

In collaboration with KOHTA Kunsthalle.