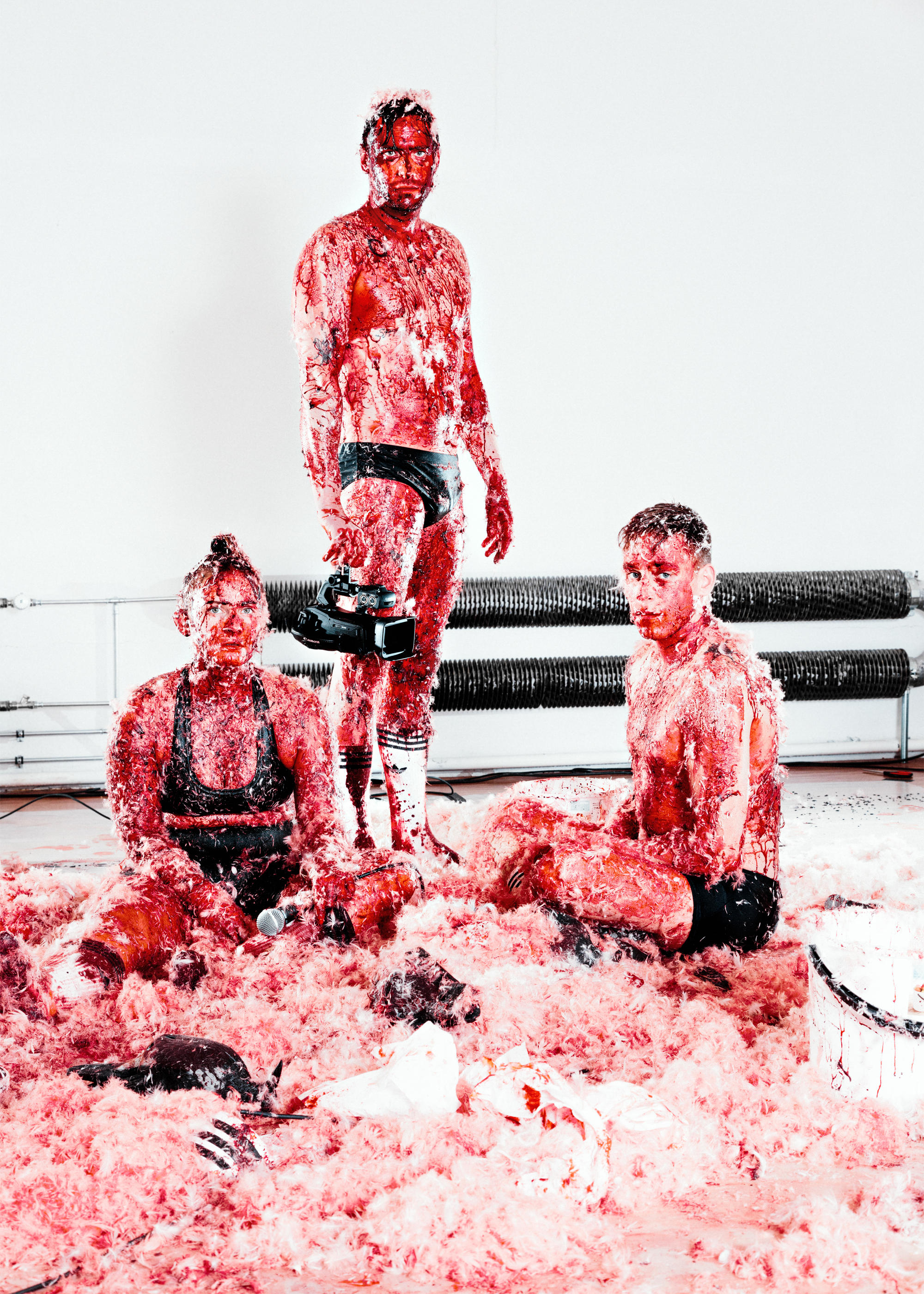 Shapeshifter is a performance about metamorphoses. The piece explores different ways to become something else.

Shapeshifters are found in many cultures, folk tales, and mythologies. Shapeshifters have the ability to turn into another person, or to assume the shape of an animal. Shapeshifters undergo a transformation either willingly, or unwillingly due to a curse or as a punishment.

The working group has practiced shapeshifting by imitating and repeating text and movement, by exhausting themselves, by finding inspiration in sound and music, and by driving themselves toward the state of chaos.

The piece consists of three parts, which are based on Edgar Allan Poe’s texts, The Raven, The Bells, and The Black Cat, respectively.

The piece is co-produced in collaboration with BAD HOUSE festival/Mad House Helsinki and Theater Nya Rampen.

*
Jakob Öhrman is a Finland-Swedish actor and director. He is one of the founding members of the Nya Rampen ensemble. In recent years, Öhrman has worked intensively with Nya Rampen, and the Swedish director Markus Öhrn. The collaboration as a performer in Markus Öhrn´s pieces has received international acclaim (e.g. the Nestor prize 2019 for Three episodes of life, a Nestor nomination 2018 for Domestic Violence, and the Impulse Festival grand prize for Conte Amour 2012).

The most recent performance directed by Öhrman, Hamlet All Inclusive, premiered in Teater Viirus in February 2020.

Öhrman’s aesthetics stems from the grotesque conception of the body, poetic expression, and absurd humour.