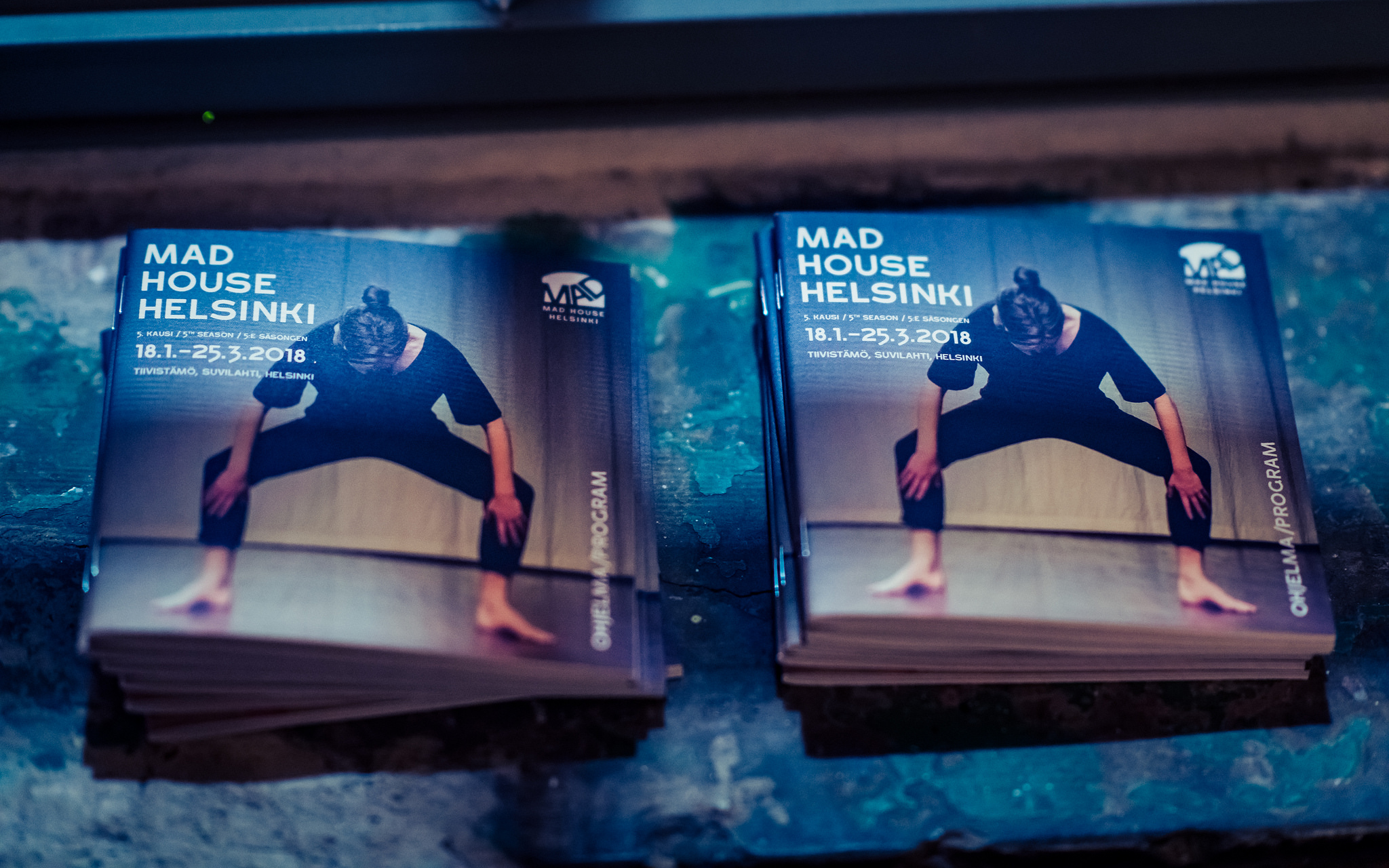 Our communication team asked me to write something about the 5th Season of Mad House. Something like "How was it/How great was it/woohoo and yippee, thx”. And so I did.

There were people who came, participated, stayed, enjoyed, showed passion and interest. Someone also got angry, I heard.
There was a great, multifaceted porgram. Boiled by the curators team, served by the production team, created by great artists.
There was a great space that bended incredibly into almost every possible form and direction that was needed. With the skillful and patient help from the technical team, of course.
There was a great bar to come and enjoy art and the atmosphere, have a talk or a drink. Sometimes few too many with the drinks, this I witnessed.

Maybe I've got old or more mature, but I found myself smiling often, more often than I can remember during the previous seasons. The smile says that in Mad House things are possible and will come alive, happen. The smile says that the fifth season was really “mad”, as the name of the house is implying.

Thanks to everyone I mentioned above,

Juha Valkeapää, Mad House, Chairman of the Board


Mad House's fifth season is happily over. The season started on January 17th with Juli Apponen's solo performance Life is hard and then you die - part 3 and culminated on Sunday March 25th with Alma Söderberg's solo Nadita. A total of 17 different performances were shown during the season, presenting the versatility and uniqness of live art and performance art in Finland and internationally.
The forms of the performances ranged from installations to more traditional scenaries. Some were for one spectator only, some occupied hundreds at time. Some took half an hour, some lasted three days. The performances presented performers in different ages (also the ones dead for hundreds of years), but also artifical intelligence, plants and other non-humans as a main actors.

The fantastic pop-up art bar in Helsinki, Mad Bar was build in co-operation with Fargo Vintage and Juuri Events. It was open from Thursday to Saturday, serving refreshment for both body and soul with stand-up nights, concerts, performances and poetry evenings.

The fifth season of Mad House was supported and funded by Koneen Säätiö, Svenska Kulturfondet, the City of Helsinki and Stiftelsen Tre Smedjer. As a collaborator, Juuri Events, Fargo Vintage, Broadway Finland, Lippupiste, Cirko and Oranssi ry played a key role. Thank you!

Mad House will continue in 2019, we will give you more information in April 2018.